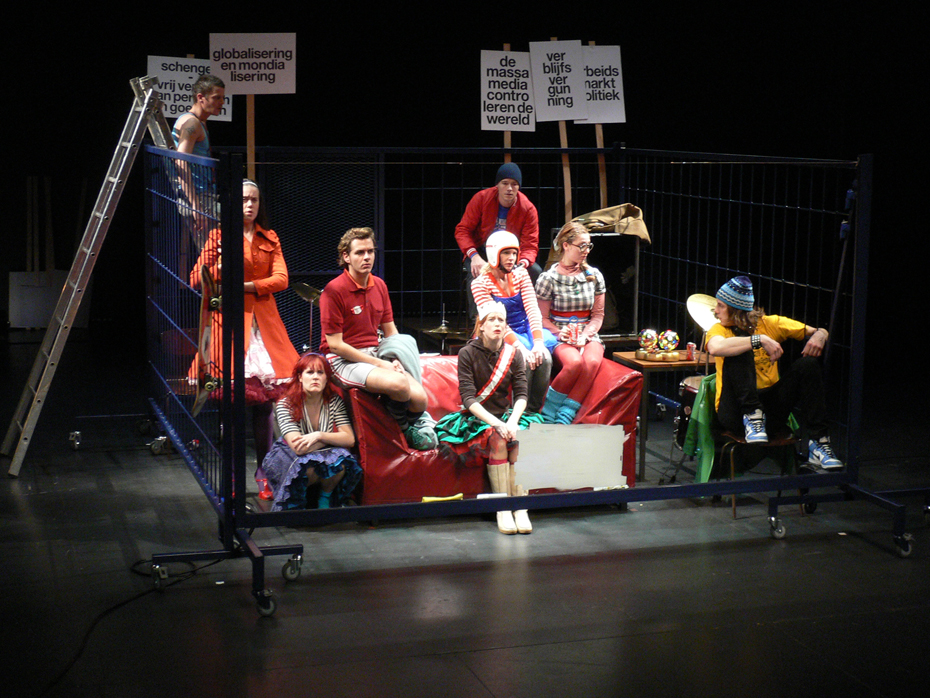 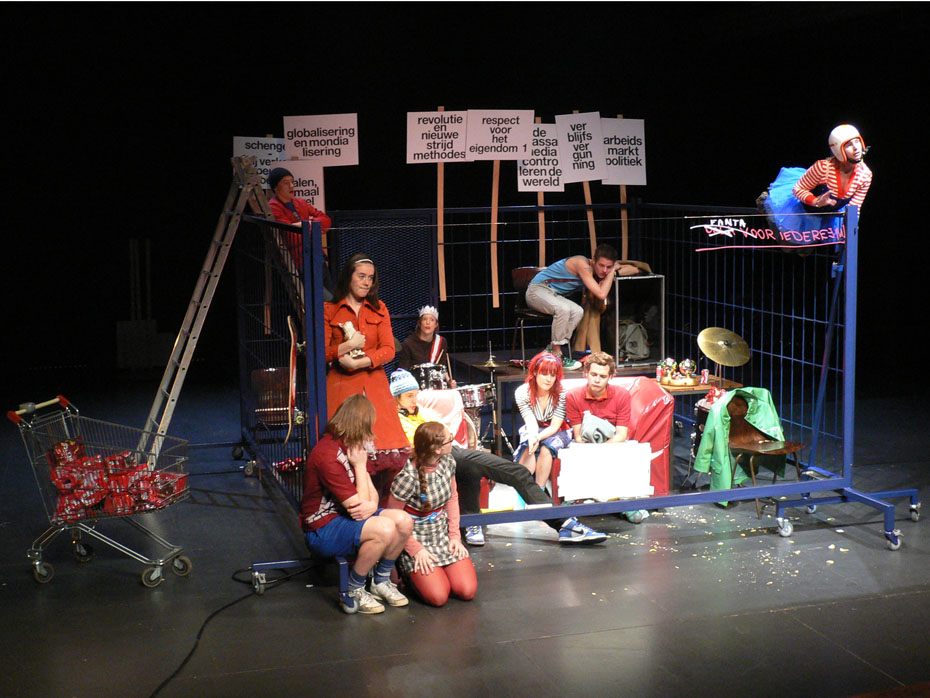 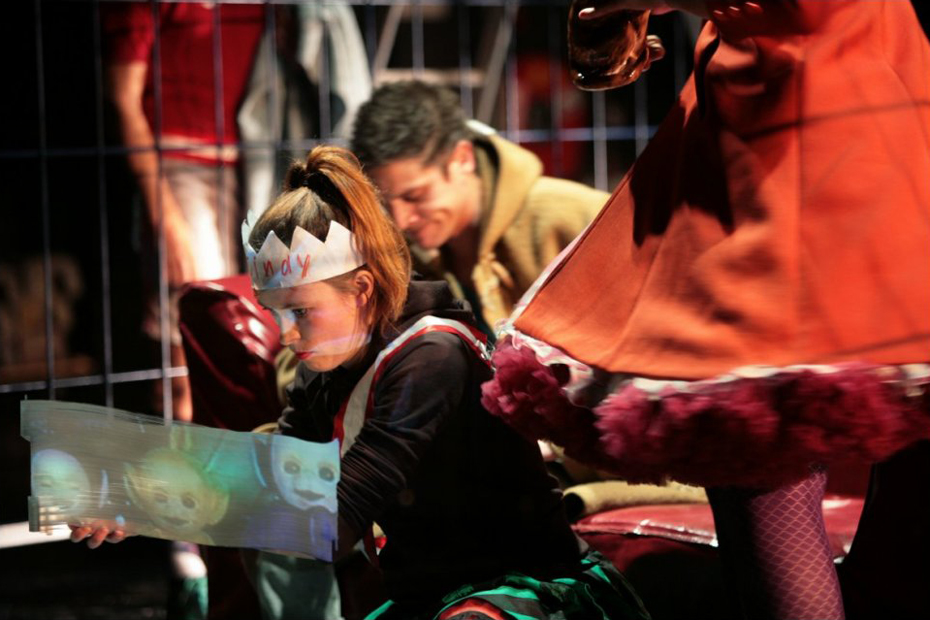 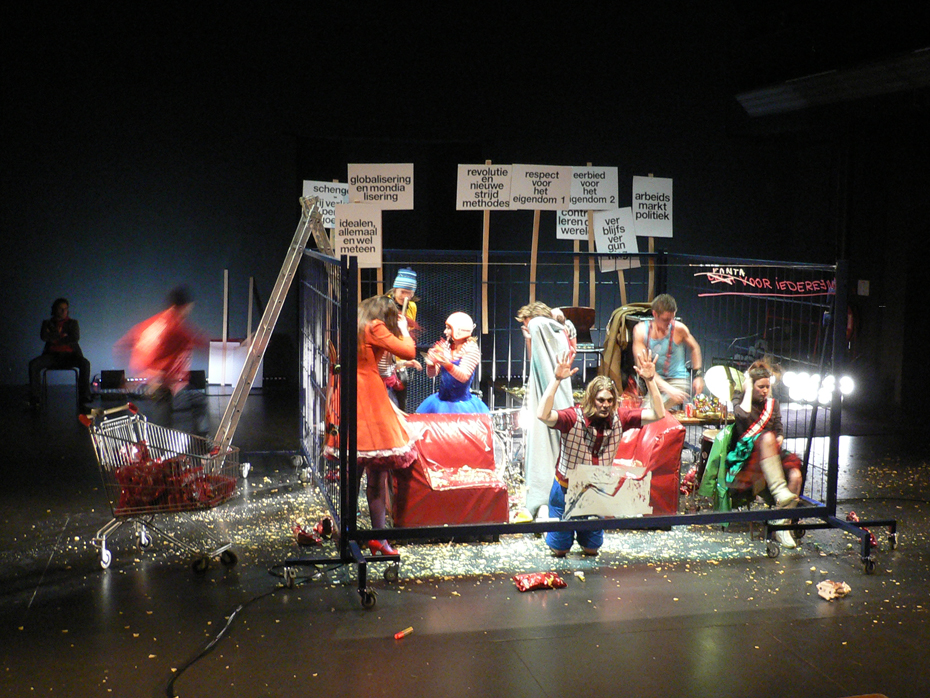 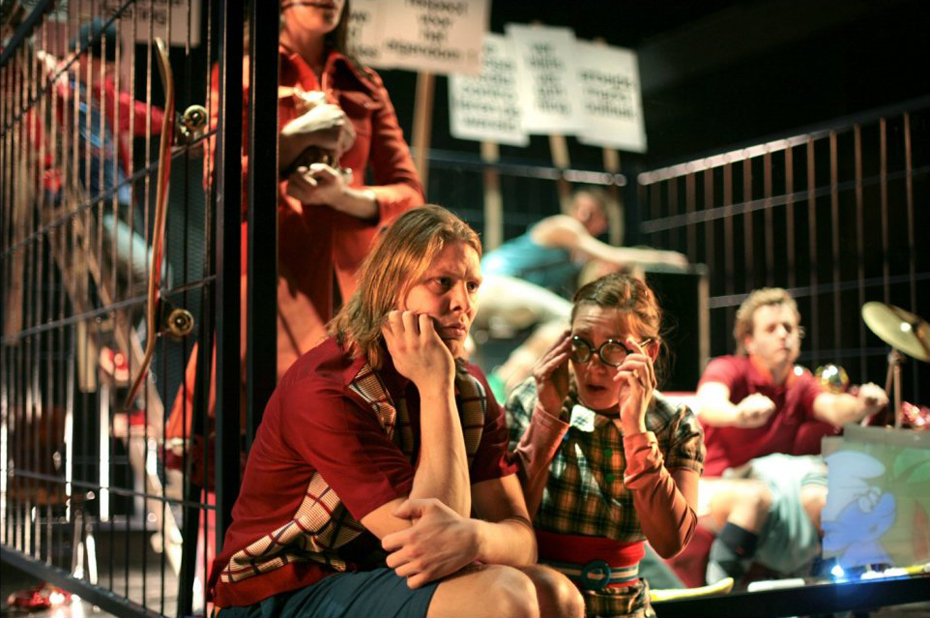 In reaction to the riots during the G-8 summit in Genua in 2001, Fausto paravidino wrote this play about a group of friends starting a party in a house one of them has to guard.
With fences, normally used for crowd-control, a small livingroom was created.

For the ‘Theatercompagnie’
Directed by Marcus Azzini
Amsterdam 2007 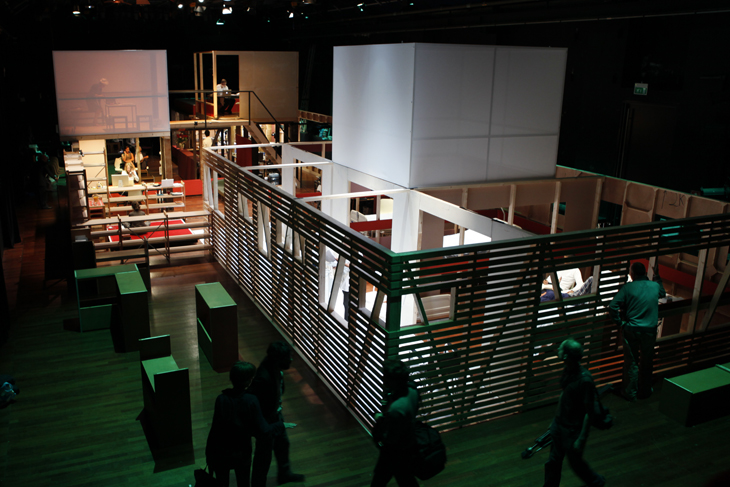 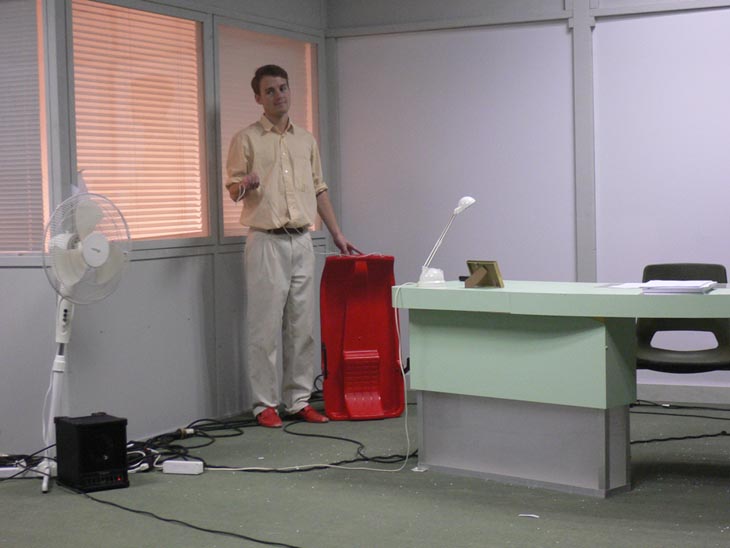 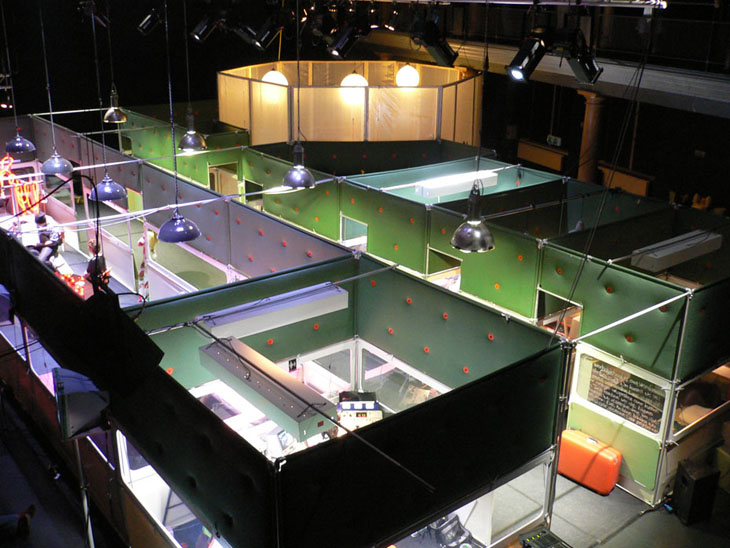 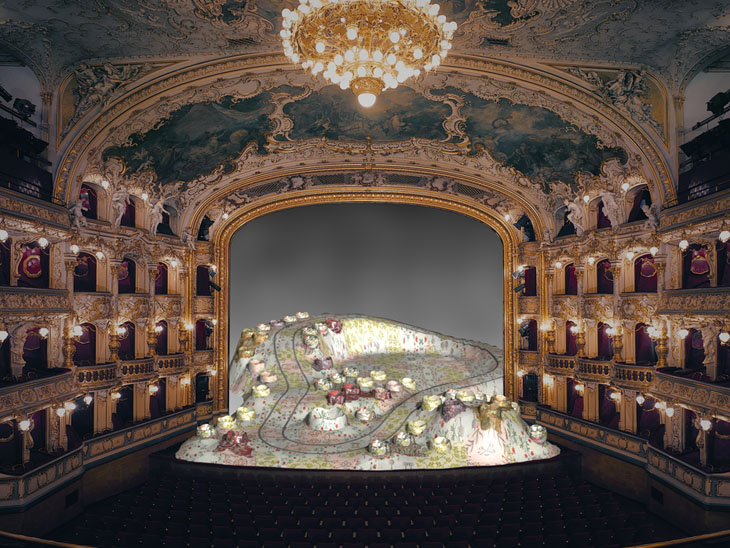 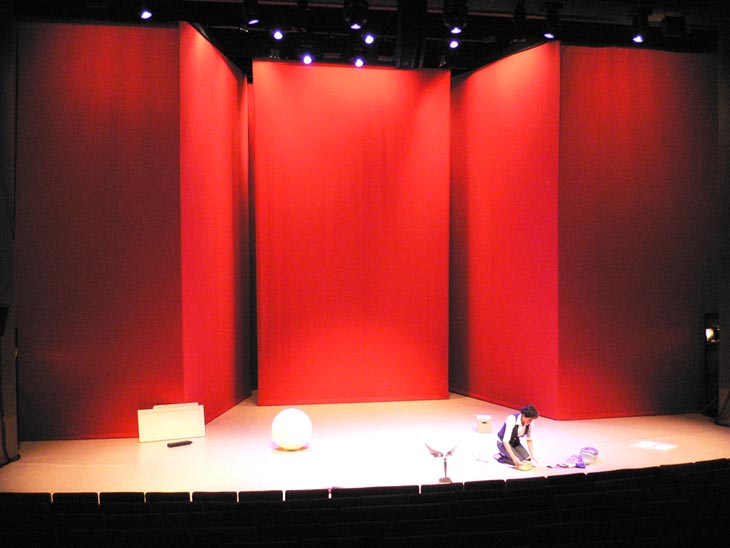 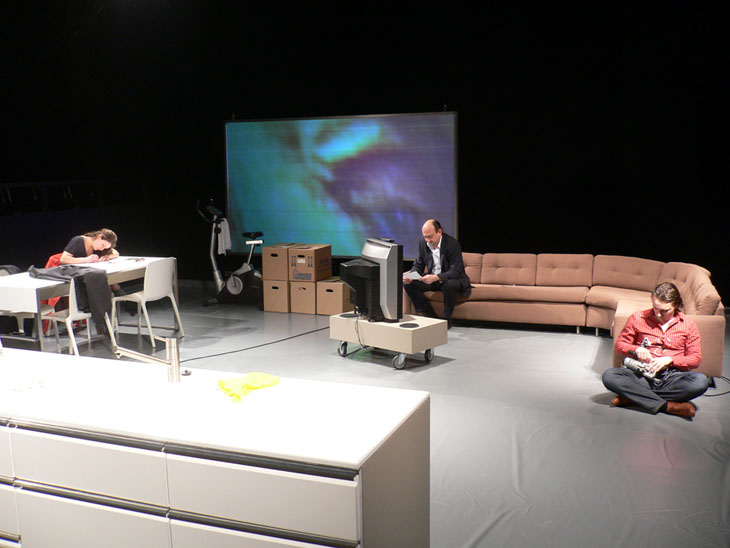 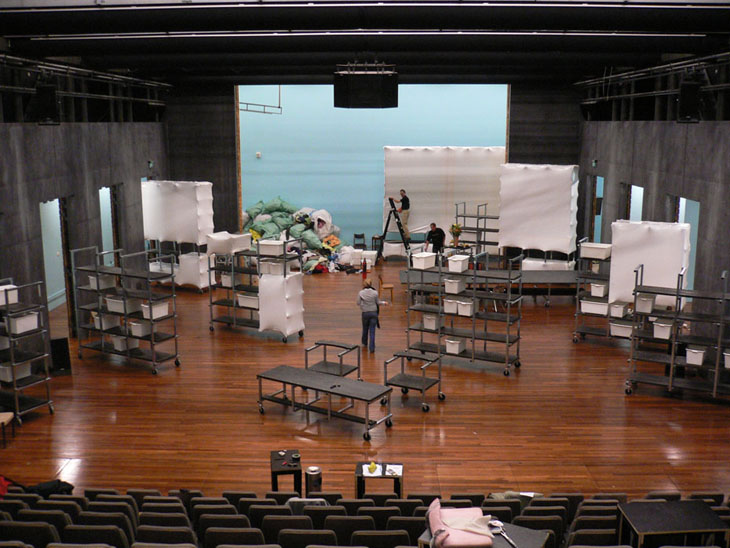