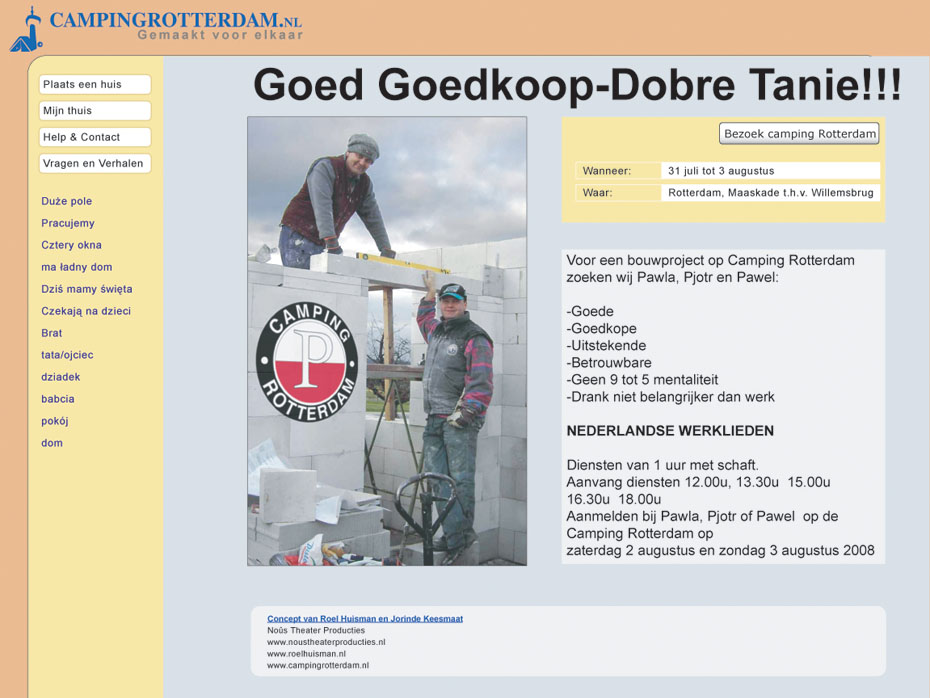 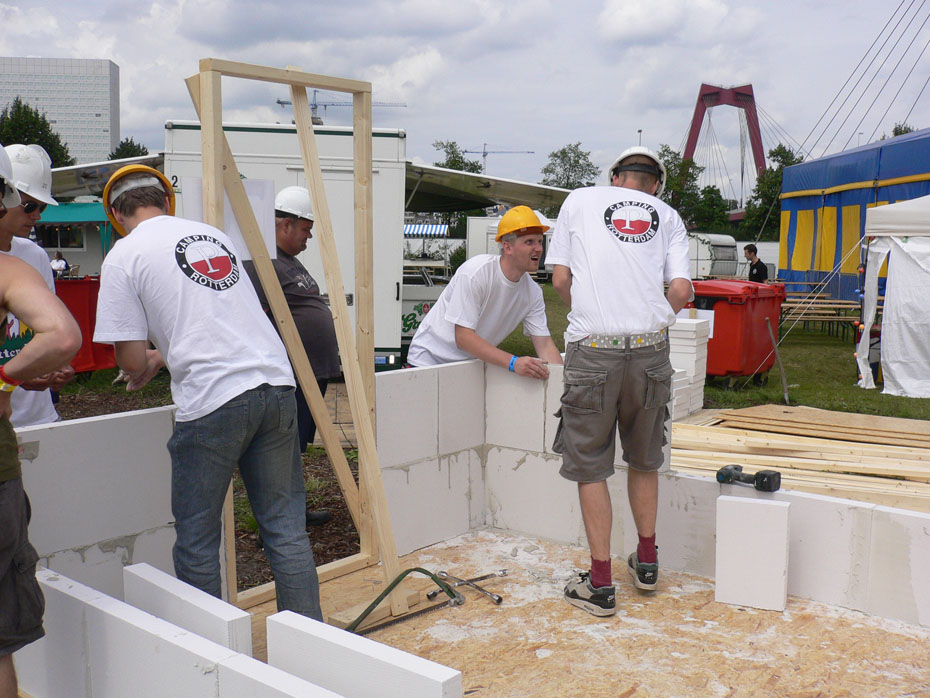 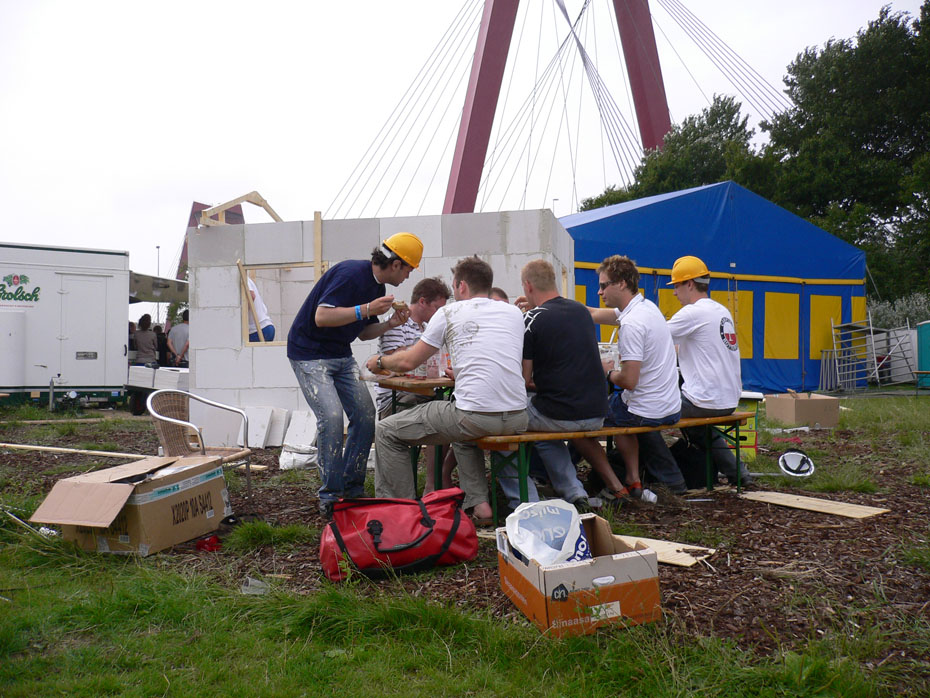 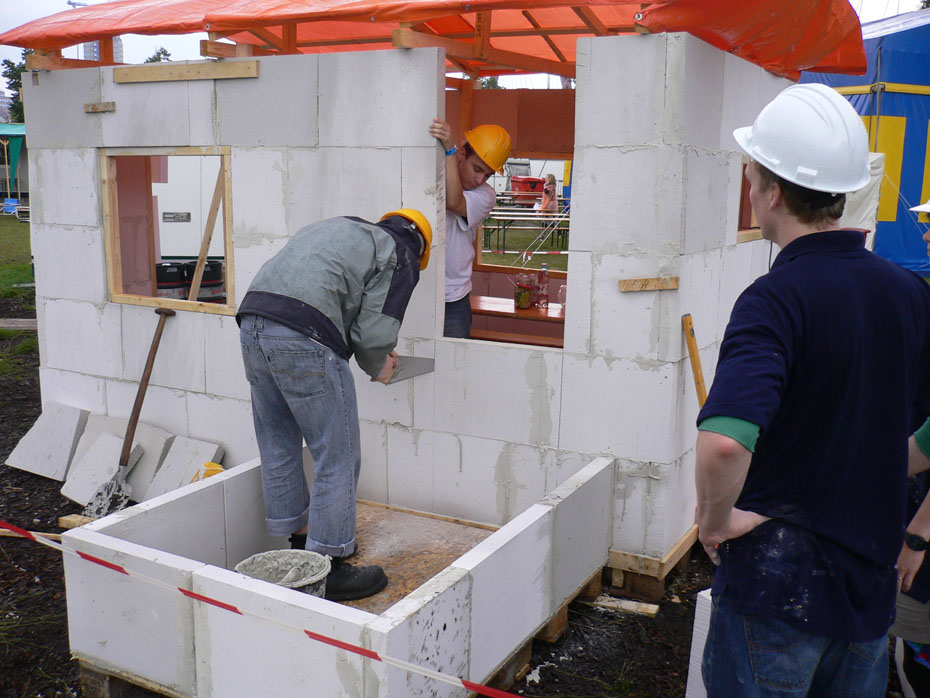 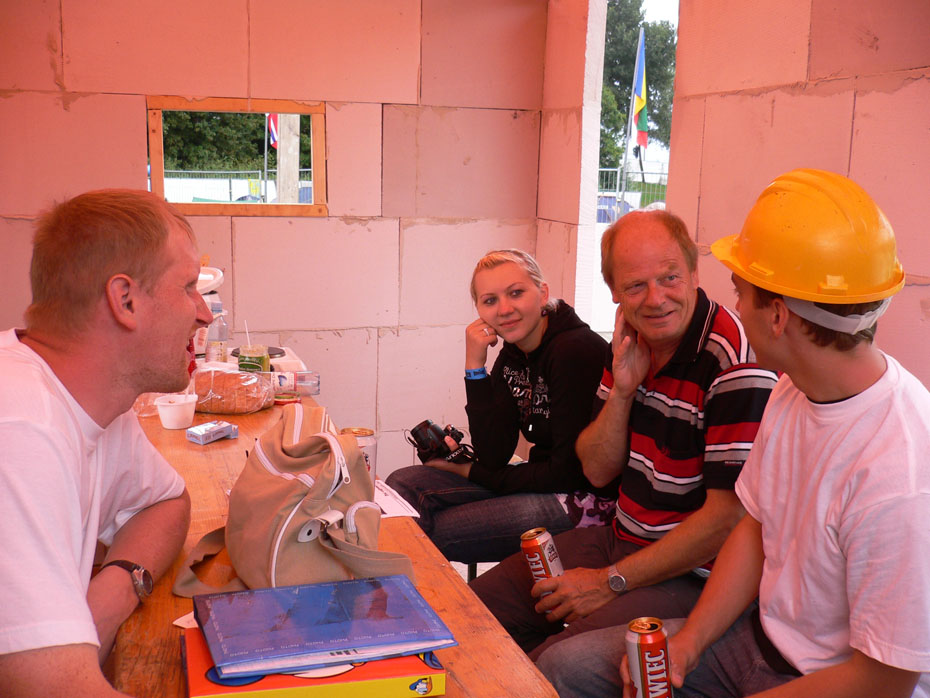 Roel Huisman and Jorinde Keesmaat initiated an interactive theatre project at Camping Rotterdam 2008, entitled ‘Dobre Tanie’ (Good, cheap). The project aimed to shed new light on the hypocritical attitude towards cheap labourers from Eastern Europe working in the Netherlands, while revealing the human emotions behind the mutual stigmatisation of both the Poles and Dutch.   This called for a reversal of roles. Three polish construction workers built a house for themselves, using the labour of approximately 100 Dutch visitors at the Rotterdam Camping. During lunch breaks, the workers shared Polish soup and beer. The personal stories of the ‘new immigrants’ and work ethic of the Camping visitors helped create a sense of mutual respect. New friendships blossomed. Within the space of just two days, an attractive house took shape, complete with bedroom and dog kennel. The Camping visitors frequently returned to check in on ‘their house’.
For ‘Camping Rotterdam’
Rotterdam, August 2008 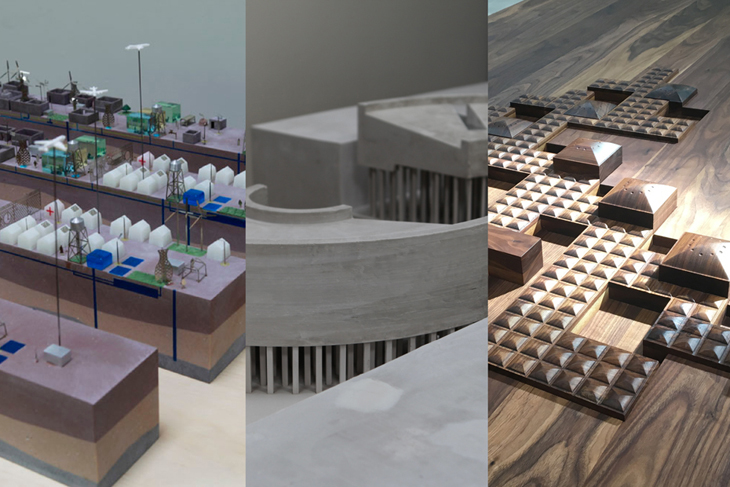 We build scale models commissioned by architects, artists and designers in various materials such as epoxy-, polyester-, and acrylic-resin, gypsum, concrete and different types of wood, metals and plastics. 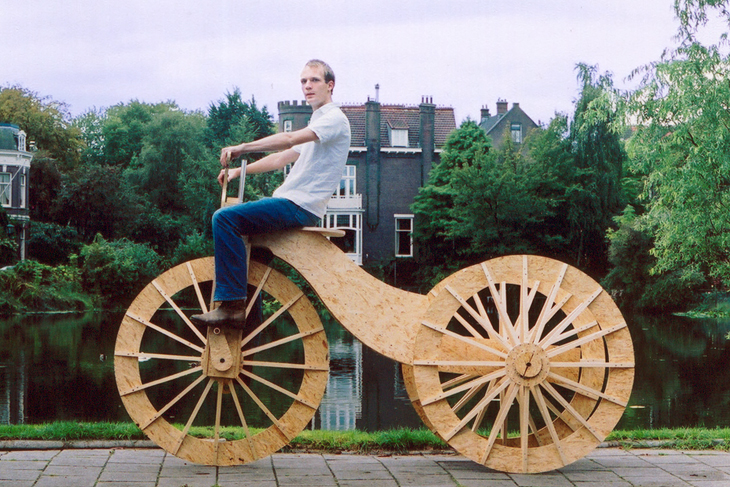 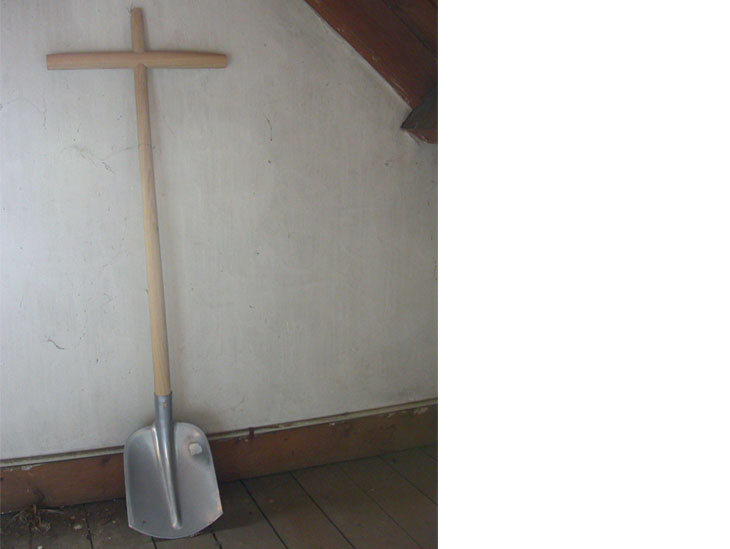